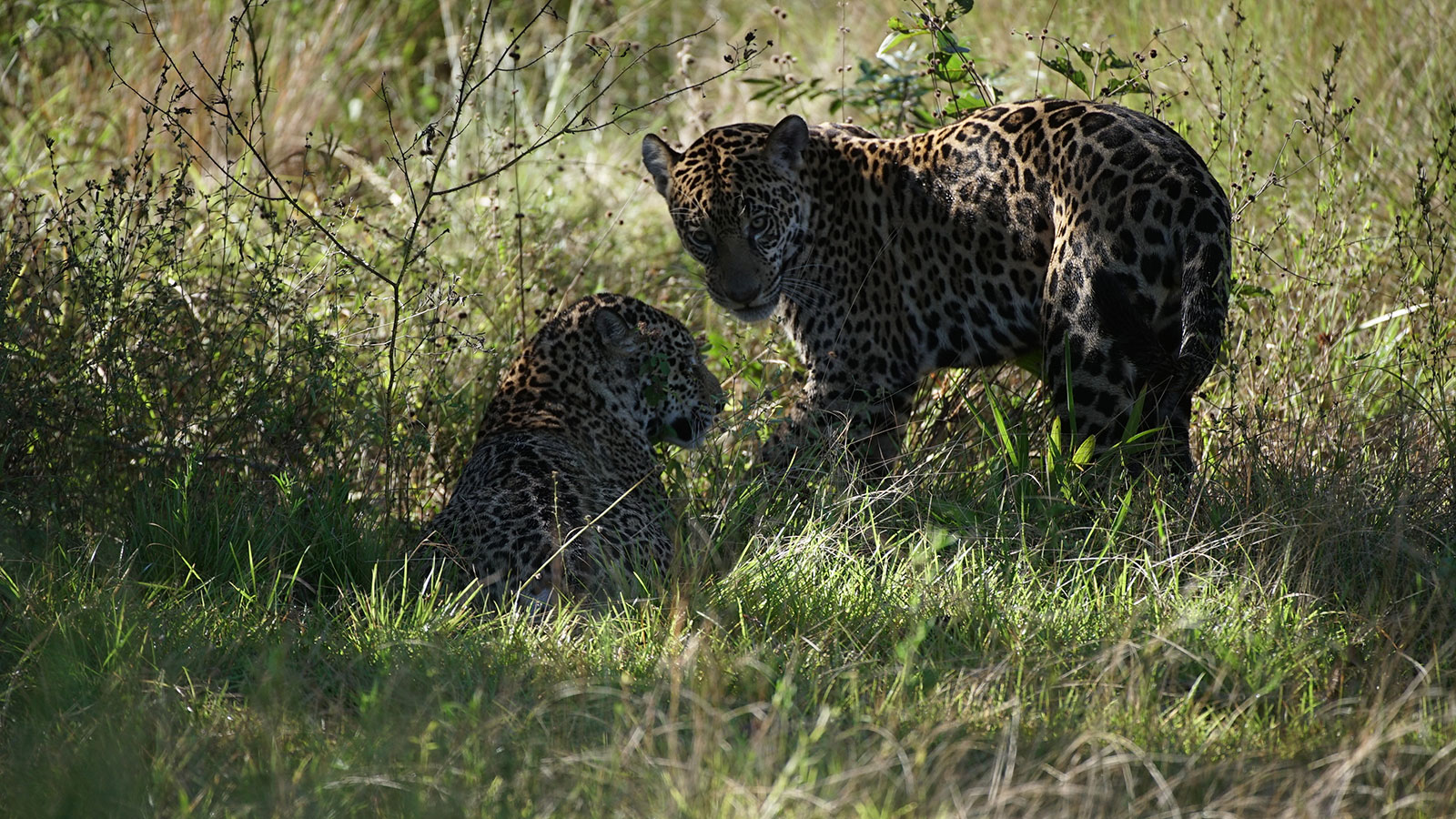 Making history in the reintroduction of jaguars

Do you remember the story of the sisters Isa and Fera, who were reintroduced at the Caiman Ecological Refuge in 2016? The monitoring of the sisters after the release was very intense, and we knew they were doing very well, as they established territories, hunted their own prey and copulated with some males of the area. Copulation results arrived in 2018, when Isa and Fera first experienced motherhood. Isa had a single female cub, Aurora, and Fera had a couple, Ferinha and Céu. They all grew up strong and healthy, soon becoming independent

Recently our team found through sightings and images captured by camera traps that they cubs are already sexually mature and copulating in the Caiman woods. Ferinha was seeing copulating with two males, Victory and Magrão, while Aurora was sighted copulating with a large male, Tupã.

Watch below the images captured by our camera traps of Ferinha with Victory and Magrão:

Who would expect that? Isa and Fera, two sisters who became orphans at such a young age and would probably spend their lives in captivity, now exhibit large territories, care for their young and soon will also be wild grandmothers.