Ecotourism is an important nature conservation tool in many parts of the world – such as Africa – whose rich wildlife attracts tourists from all corners of the globe.

Through the income generated by visitors, the residents and landowners have come to appreciate the indigenous species and function as conservation protagonists in the ecosystem where they live and work.

Onçafari Ecotourism works to make animals, such as the jaguar and the maned wolf, familiar with the presence of vehicles. As the animals become accustomed to the presence of the safari cars, they no longer see them as a threat and become more comfortable, which facilitates the development of ecotourism in the region.

Encounters with jaguars and wolves allow visitors to learn more about the species by their growing awareness of the importance of these predators in nature, and becoming involved in their conservation process. Part of the awareness campaign includes lectures on the species and other animals that live in the same biome. Apart from the talks delivered to guests visiting Onçafari, lessons are given at different schools, as well as at Brazilian and foreign universities.

the occupation of the Caiman Ecological Refuge since the beginning of Onçafari, in 2011

Habituating animals does not tame them, but keeps them totally wild and free, without them feeling threatened by the presence of vehicles

Habituation – a technique imported from South Africa – has been used for decades in ecotourism in Africa. It is a neutral interaction between humans and animals, in which the approach generates neither harm nor benefits.

Habituating animals does not tame them, but keeps them totally wild and free, without them feeling threatened by the presence of vehicles. This habituation process was developed in partnership with the National Center for Research and Conservation of Carnivores Mammals (CENAP), and the Chico Mendes Institute for Biodiversity Conservation (ICMBio), an agency under the Ministry of Environment (MMA). 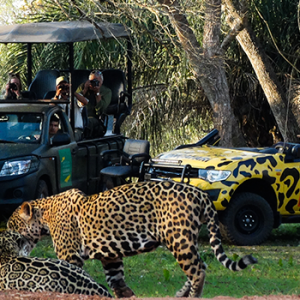 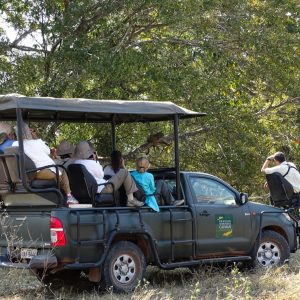 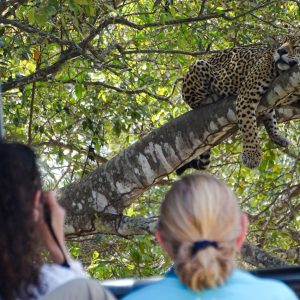 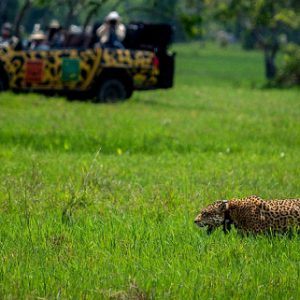 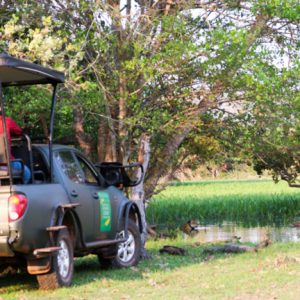 Encounters with jaguars and wolves allow visitors to learn more about the species by their growing awareness of the importance of these predators in nature, and becoming involved in their conservation process.